Perhaps it's something in the water or the subsidised scones, but Glasgow City Chambers is getting increasingly weird these days.
In recent weeks I've reported on splits in the SNP opposition, and now the Labour administration is in turmoil.
As I report today in The Herald, the party is facing a barrage of criticism over its kack-handed attempt to deselect around half its 47 councillors.
Some might reasonably be described as dead wood, but others have proven themselves keen and capable.
Yet good and bad are being culled alike.
If your face doesn't fit - or a favoured apparatchik wants your ward - then London axeman Ken Clark is on hand to deliver the black spot.
Unsuprisingly, those affected are fighting back, both through an appeals process and by highlighting some of the anomalies in the exercise.
In a sign of growing dissent within the Labour group, its members snubbed beleaguered Labour leader Gordon Matheson last week by pointedly refused to rubberstamp one of his proposals.
His star is surely dimming.
Jamie Mallan, the 25-year-old city party procedures secretary, is also coming in for stick. 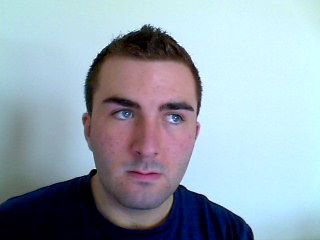 The man helping decide the fate of council veterans now faces questions about his own credibility after it emerged he runs a website pretending to be his pet dog.
Since November last year, Mallan has held scores of imaginary conversations with the animal on the Brodie the Beagle Facebook page. 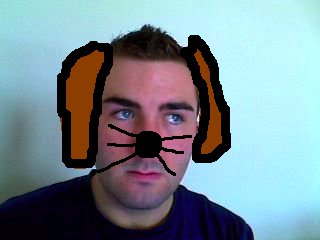 The toe-curling online babytalk has raised eyebrows among activists, who believe Mallan is a potential embarrassment to the party.

Recent comments from ‘Brodie’ include “Why does I not has a bellybutton? Jaymee has wun!” and “Jaymee spraydeded me wiff waters! He is a bum!”
The website also includes pictures of famous people, including Sir Alan Sugar and the Queen, altered to include dog ears and whiskers. 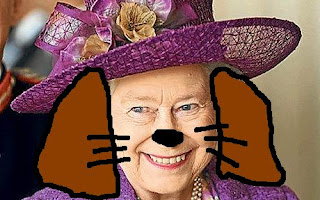 Mallan's friend, Chris Kelly, who has cleared vetting to be a Labour candidate in Glasgow, is a regular contributor to the site.
One Labour councillor said: “This could become a major issue. Every Labour candidate would be tarred with the brush of the man in charge... it could be a case of no longer put a red rosette on a donkey, but on a dog.”
Mallan also runs Cobus Consulting offering advice to struggling social enterprises.
He declined to answer The Herald’s questions about the website or his judgment.

The weekend after this story appeared, Glasgow City Chambers got even stranger.
Former Shettleston MSP Frank McAveety was embroiled in a police investigation into his parliamentary allowances after his ex-staffer, Councillor Andy Muir, volunteered a statement to Strathclyde CID.
Then some of the disaffected councillors who failed vetting considered breaking away.
And Labour Councillor Shaukat Butt MBE appeared in court charged with beating his wife.
Labour said it would suspend Butt, meaning that all three Labour councillors in the four-member Govan ward are facing either suspension or deselection, virtually gift-wrapping it for the SNP next May.

To cap it all, Jamie Mallan finally put his Brodie the Beagle website to sleep.
Fans of political activists pretending to talk to their pets will be glad to know that I've preserved a massive screengrab for posterity.