A couple of weeks ago I blogged about the cosy relationship between the SNP and News International in the run up to the Holyrood election.

In today's Sunday Herald we look at how far back those ties reach - to a time when Alex Salmond was on the News of the World payroll, largely under editors Rebekah Wade (now Brooks) and Andy Coulson.

Tom Gordon
Scottish Political Editor
ALEX Salmond is under growing pressure to list his meetings with News International executives after it emerged he was paid up to £90,000 by the News of the World.
The First Minister received up to £15,000 a year for a weekly column in the tabloid for six years while he was an MP, according to his register of interests at the House of Commons.
Significantly, he continued to write for the paper for almost a year after ex-editor Rebekah Brooks admitted to MPs that News International (NI) had paid the police for information.
Brooks was arrested last week as part of an inquiry into hacking and police corruption.
Labour said Salmond’s long relationship with NI meant it was imperative that he now list his meetings with the publisher’s executives since coming to power, as David Cameron did last week.
Salmond wrote his first News of the World column in February 1998, and used it as a platform to promote the SNP and to attack Labour at Westminster and later at Holyrood.
He was billed as “Speaking up for Scotland and its people” and had a News of the World email.
In the same week his first column appeared, Salmond helped the paper with a major scoop - the claim Labour’s Donald Dewar blocked a knighthood for Sean Connery because he supported the SNP.
Salmond was quoted extensively in the piece, and returned to it later in his column.
The story, carried on the front page, was written by chief reporter James Weatherup, who was arrested in April in connection with hacking.
Brooks was News of the World editor from 2000 to 2003, then became editor of the Sun.
In March 2003, as the new editor of the Sun, she infamously told the Commons culture, media and sport committee that NI had paid police officers.
Andy Coulson, then News of the World editor, told MPs he would do so again “within the law”. 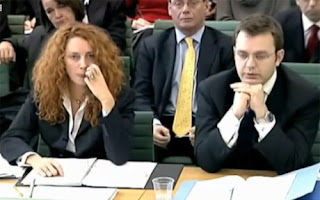 However, as the committee pointed out two months later in its report, paying the police for information never falls within the law.
Despite admissions of illegal behaviour from Brooks and Coulson, Salmond continued to write for the News of World until January 2004, when he signed off after 375 separate articles.
It is now known that while Salmond was being paid by the paper, it hacked the phone of murdered schoolgirl Milly Dowler in 2002 and the phones of relatives of Holly Wells and Jessica Chapman, the two young girls murdered in Soham.
Salmond wrote at various times for other papers while an MP, including the Herald, Scotsman, Scotland on Sunday and the Press & Journal.
However the News of the World, which he said paid him between £10,001 and £15,000 a year, was his largest recorded source of outside income.
Scottish Labour claimed the SNP had been reluctant to engage in the debate over hacking because of Salmond’s connections to NI.
The First Minister met Rupert Murdoch just months after entering office in 2007; hosted a “News of the World” dinner for Scottish editor Bob Bird at Bute House in 2009; and met James Murdoch, chairman of NI, In January.
In February, the SNP paid for journalist Joan McAlpine (now an SNP MSP) to interview Sir Sean Connery in the Bahamas for articles in the Sun.
The paper later supported the SNP in the Holyrood election - as did the News of the World.
It was only after NI announced the News of the World would close, that Salmond expressed outrage at the phone hacking allegations.
In the first Commons debate on hacking this month, the SNP contributed just two sentences.
During Wednesday’s marathon debate, it managed three.
A Scottish Labour spokesman said: “Alex Salmond would clearly rather we all ignored the fact that he met James Murdoch, wined and dined the Scottish editor of the News of the World, and was even on the NI payroll once upon a time.”
A Scottish Government spokesman said: “Mr Salmond will be publishing a list of all his meetings with newspaper executives and editors since becoming First Minister in May 2007, but we will take the time to publish a full and accurate list, which will show that he has met with a broad range of media organisations.”
Posted by ScottishPol at 11:28