The rival camps in the leadership contest are angry that party spindoctor Ramsay Jones may have been giving her a hand in defiance of the chairman's orders.


Here's an extended version of the story in the Sunday Herald.

EXCLUSIVE
Paul Hutcheon and Tom Gordon
THE Conservatives’ top spin doctor in Scotland is under intense pressure over claims he has been advising a candidate in the party’s leadership election.
Ramsay Jones, who as head of media has to be neutral in the contest, recently attended a meeting at Ruth Davidson’s home with her campaign strategists.
He appeared at the gathering after the party’s chairman instructed staff not to take sides.
The revelation will confirm suspicions among the other candidates that 32-year-old Davidson, the least experienced of the four contenders, is secretly being aided by the party establishment.
It will also raise questions about Davidson’s judgment in allowing a supposedly neutral member of staff to participate in her campaign.
Early last month, the campaign team of another candidate, Murdo Fraser, raised concerns with party chairman Andrew Fulton about whether Jones was helping Davidson.
Fulton told Fraser’s campaign that the matter would be looked into.
The chairman then informed staff they had to remain “strictly neutral” during the contest.
Fulton also gave Jones the same message face-to-face.
It is further understood that another candidate, Jackson Carlaw, spoke to Jones directly about his concerns.
However, despite Fulton’s order, Jones attended a meeting at Davidson’s home in Glasgow's west end on Sunday September 18.
Jones lives in Dunbar, which would make his Glasgow visit a 150 mile round trip.
The session focused on various strands of the Davidson campaign. 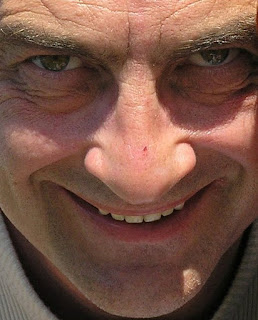 Asked if he attended the September 18 meeting, Jones said: “I’m not going to comment.”
The Jones row is the latest blow to Davidson’s campaign.
Last month, she was forced to sack a parliamentary assistant after mobile footage emerged of him setting fire to an EU flag as a friend made sectarian taunts in a Glasgow street in November 2010.
The Herald also revealed Davidson was under investigation by the UK Information Commissioner’s Office after her team sent unsolicited emails to members’ private accounts.
Davidson was facing more questions last weekend for raising donations to fund campaign activity she was unable to guarantee, including canvassing almost 2000 members by phone for £365.
A source close to Davidson said she and Jones had been friends for ten years.
Carlaw said yesterday: “In all my 30 years in the party, there has never been any misunderstanding amongst the professional staff I’ve encountered that for internal party matters there must be a strict adherence to neutrality. Any divergence from this only undermines confidence.”
Liz Smith, Fraser’s campaign manager, said: “This is an important contest and there is, quite rightly, an expectation amongst the candidates, their campaign teams and the membership that the rules set out by the Returning Officer are adhered to and that party employees remain neutral.”
Jones, 51, has worked for the party since 2000 and is one of Holyrood’s most tenacious political survivors.
He is the Scottish Tory equivalent of former spin doctor like Alastair Campbell.
The former financial adviser worked for David McLetchie before his leadership of the Scottish Tories at Holyrood ended in an expenses scandal in 2005.
Since then, he has worked for Annabel Goldie and been one of her closest confidantes.
Davidson last night said there had been no “campaign team” meeting on September 18.
However, her team did not deny there had been a meeting which focused on campaign issues.
Asked if Jones had attended any meeting at her house on that date, a spokesman for Davidson said: “She’s not going to expand on that one.”
Asked if Davidson was denying that a meeting took place to discuss campaign issues, the spokesman added: “I’m just telling you there was no campaign team meeting.”
ENDS
Posted by ScottishPol at 18:12